My grandmother used to have a bottle of cologne on the sink as standard.

Like so many people at the time, if only because most people only took a bath once a week. Such a cloud of perfume covered the less pleasant smells.

Odeklonje is also useful as a home remedy for wounds, mosquito bumps, red spots and small infections. You can easily disinfect with cologne. The alcohol in the liquid kills any bacteria and fungus.

Mark the sore or itchy area with a cotton swab, on which you have dripped some cologne. Only use each cotton swab for one spot to avoid contamination. Great stuff, cologne, which also smells better than iodine or any other disinfectant.

It is ideal for disinfecting the hands more often and is very refreshing.

Or to disinfect the skin after shaving.

Eau de cologne can also be used for cleaning.

It is not only disinfectant but also dissolves grease and dirt.

Effective, cheap to use, and affordable. 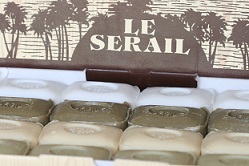